This has literally nth to do with how rich a man is. It only has to do with preferences. And not all rich men are the same

Someone said that if a curvy girl wants to marry a rich man, she has to date him before he becomes rich lol.

I see. It just seemed to imply curvy girls cant be more attractive than model-thin girls when they said that a curvy girl shouldnt go for a guy who is already rich.

I dont see how this makes sense in any way. Whoever told u this is bluffing

Some dudes in the comments are saying that rich dudes dont generally go for curvy women, but rather go for skinny women. If so, then why are curvy women praised so much in the media?

Where I live, they tend to date slim athletic women, although These women sometimes put on weight after having Kids.

Is a curvy woman not capable of being hot? Curvy as in what I described in the summary. Not fat. It seems like women are always complaining about being rejected for being too skinny and not being curvy which leads me to wonder how could a curvy woman not be hot?

Of course curvy women are, but that doesnt seem to be what wealthy guys here in Germany go for. Skinny women dont get rejected here.

Could it just be a coincidence? As in, there are other rich men in germany dating such curvy girls?

I doubt it, based on what Ive seen in the media and among people I know and have worked with.

The modeling industry promotes skinniness, but that doesnt seem to be the case in the US. Here curviness is praised so much in the media with celebrities and random people wanting to enhance their body types? I do think that beauty is a subjective concept and I doubt that attraction correlates with wealth. It may just be that where you live many men just happen to like skinny girls? Or maybe most girls theyre exposed to are skinny? But, I doubt that all wealthy men in a given region would be dating skinny girls just because theyre skinny.

I havent lived in the US for a long time, and there are a lot of curvy and obese women there, so, even if just for marketing purposes, you cant ignore them entirely. That said, even there, weight is a factor. To illustrate, I have a friend in the US who is a skilled attorney (went to a top 14 law School), has a great Career and personality, plus she Looks over a decade younger than her age. Yet she cant get a guy interested in her. Why? Shes is obese.

Wealthy men in Western societies, who have lots of Options, generally do not choose curvy women.

I think you are confusing the term curvy with fat. Being curvy, fat, and being obese are three different things. Kim Kardashian, JLo, Beyonce, for example are curvy; but not fat or obese. I do agree that weight matters, but standards of beauty here vary. Why do you think strippers/porn stars/actresses get butt lifts, breast implants, thigh enhancements, etc? Rich men do have more options and will go for whatever they find the most attractive. But, what they find to be the most attractive varies. If they only like skinny women, of course youll never see them with a curvy chick. But, if they dont or theyre open to dating both skinny and curvy, then they might date a curvy girl. Thats of course not taking into account whether a skinny girl has a better personality than a curvy girl. However, rich people for the most part tend to date those they are exposed to. In Hollywood for example, most women are thin which would explain why celebrities date mostly thin women.

Amy Schumer, for example, is not curvy. She is what most would consider fat or obese. I would imagine though that a rich man who does not like skinny girls and prefers curvy women only will step outside his Hollywood niche and find a curvy woman/

No confusion at all. I dont see wealthy men here with curvy women. Might be different in the US.

Possibly. It could be a matter of who youre exposed to as well.

Are you trying to make yourself feel better about being fat?

Rich men date whomever they want. Its all literally a matter of preference. Some Rich men dont date women at all. Some are asexual and prefer to be alone, and others are actually homosexual.

Why do some say that rich men only date skinny and not curvy? Its like theyre assuming that skinny is the standard of beauty.

Well naturally a man who is more well off prefers a woman who is thinner because he can provide for his offspring and doesnt need as much from the mother. Men who arent as well off prefer curvier women because they are usually able to produce more milk for the offspring. Thats not to say that a well off man doesnt or wouldnt like more curvy women. It has nothing to do with beauty though. Its an innate biological thing that most men do not consciously realize they do. We dont get that deep into.

Aside from biology, its just society. Sometimes what some women consider curvy is just on the larger side, and again, everyone has their own preferences. I think we just like healthy women.

I think people confuse the term curvy with fat. A curvy woman can be healthy-looking without having to be skinny. Think of Kim Kardashian. Can dudes who have lots of options be open to dating both skinny and curvy without necessarily preferring either or perhaps preferring the latter?

Ive hear that from a biological perspective, men want women who appear to be the most fertile hence why they would go for the woman with big boobs, big butt, wide hips, thick thighs , etc. Im confused now lol

Men arent that complex. We dont think about it that much. Why the interest? Im sure they have more options if they have the money, but generally men cant afford to be as picky when they dont have money, good looks or charm. Etc.

And you are most certainly right. All of what you have read\heard about our biology is correct, as well as what I included

Why are some saying that most rich dudes date skinny women and not curvy women?

No idea. Id personally date a curvy girl whether I was rich, wealthy, or poor.

Someone said that if a girl wants to marry a rich man, she has to date him before he becomes rich if she happens to be curvy lol.

Why would someone say that about curvy girls though?

all different people have different tastes in partner… you cant generalize either way. that was my point

I agree. But, why do people generalize? Would the majority of such dudes reject a non-super thin girl?

Just asking. Ive heard that when men get rich, they want women who have supermodel thin bodies.

Not sure what you mean. Im just asking a hypothetical question.

Dont see why a curvy woman cant be fit. Kim Kardashian is an example.

Not likely, rich guys have the option of picking hot women, they can do to women what women do to us. Be selective and shallow.

Is a curvy woman not capable of being hot? Curvy as in what I described in the summary. Not fat. It seems like women are always complaining about being rejected for being too skinny and not being curvy which leads me to wonder how could a curvy woman not be hot?

NO, curvy girls are not hot. Some may be attractive but they are not HOT 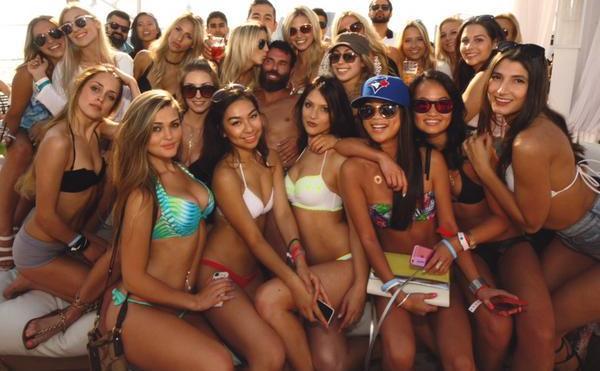 So Kim Kardashian, JLo, and Beyonce are not hot? If so, then why do millions of guys all over the world drool over them? Youre confusing the term curvy with overweight. Theres a big difference.

Beyonce and Jlo are interchangeable they look exactly the same and are gross.

The millions of guys who drool over them are mostly urban males who will drool over anything with a vagina.

Curvy and overweight are the same thing. To be curvy you need fat. Just because your waist isnt fat doesnt make you less fat everywhere else.

Models (before the obesity positive bowel movement) have always been like the girls in the picture. Why… well because its what men find most attractive. Does that mean men wont settle for something less, hell no. We settle for what we think we can get. But a man with money has choice and will always choose thin, young, female.

Men with money will choose whatever the fuck they want because they have many options to choose from. People are attracted to different things. JLo, Beyonce, and Kim K are desired by all kinds of men—rich, poor, hot, ugly, etc. Why is that? Why do strippers, porn stars, and actresses get butt lifts, breast implants, thigh enhancements, etc? Because though there are men who like skinny chicks, many men like curvy girls and thats whats hot right now. For the most part, men want women who are in the middle. Not thin, but not fat. Thats why many famous, rich, attractive skinny girls like Kylie Jenner are getting work done and why many girls on here complain about being rejected for being too skinny.

Dont get me wrong, its okay to not like curvy women. Thats your taste. However, there is a big difference between curvy and fat. To take out your anger on such women by saying that all men find skinny chicks more attractive is just stupid. Standards of beauty are subjective.

They get rubber tits (against most males wishes) because they think big fake tits are desirable. *Most males will tell you they arent. 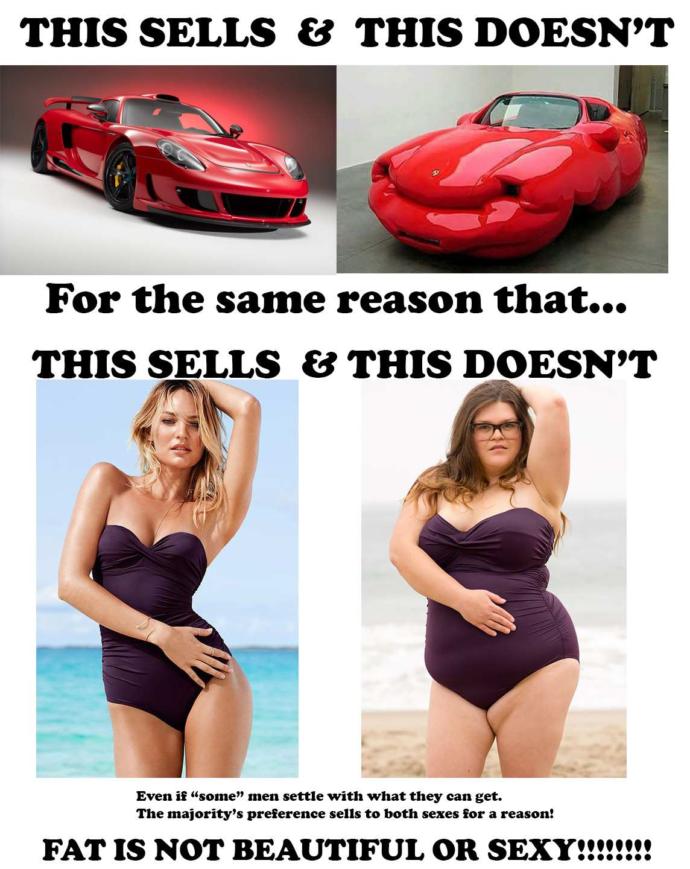 Kyle Jenner is mentally retarded and believes the same shit as the rest of her mentally challenged family. Body modifications do NOT make a female look better, they also didnt make Bruce look any better either.

Studies of over 60,000 people show males and females prefer a body like taylor swift over kim HugeAssian

You cannot undo this action. The opinion owner is going to be notified and earn 7 XPER points.